Let’s be clear — this is not your father’s steakhouse. Granted, there is no shortage of shrimp cocktail, wedge salad or creamed spinach. But Braven, led by Canada’s award-winning Chef Anthony Walsh, is a new breed of steakhouse —a force to be reckoned with. Merging unfussy, old-school sensibilities with modern grace and style, Chef Walsh and his brigade of cooks are committed to preparing each dish to perfection.

We take our love affair with meat seriously. We are proud to source the best beef Alberta has to offer — from  delicate filet mignon to handsome rib eye to an epic chuck cheeseburger. Going beyond those steakhouse staples, we also offer a luxurious raw bar selection, irresistible seafood and decadent vegetable sides — all designed with maximum indulgence in mind.

Bold and unapologetic in our carnivorous spirit, our dining room is clad with a rich colour palette, luxe copper and bronze accents, and jewel-tone upholstery and fabric. The space is a riot of texture: studded chairs, hanging plants and dark woods all combine for an exuberant effect. A striking taxidermy wall and the open kitchen’s charcoal grill — complete with live fuel and flames — give the setting an additional layer of drama. As if we needed anymore theatrics… 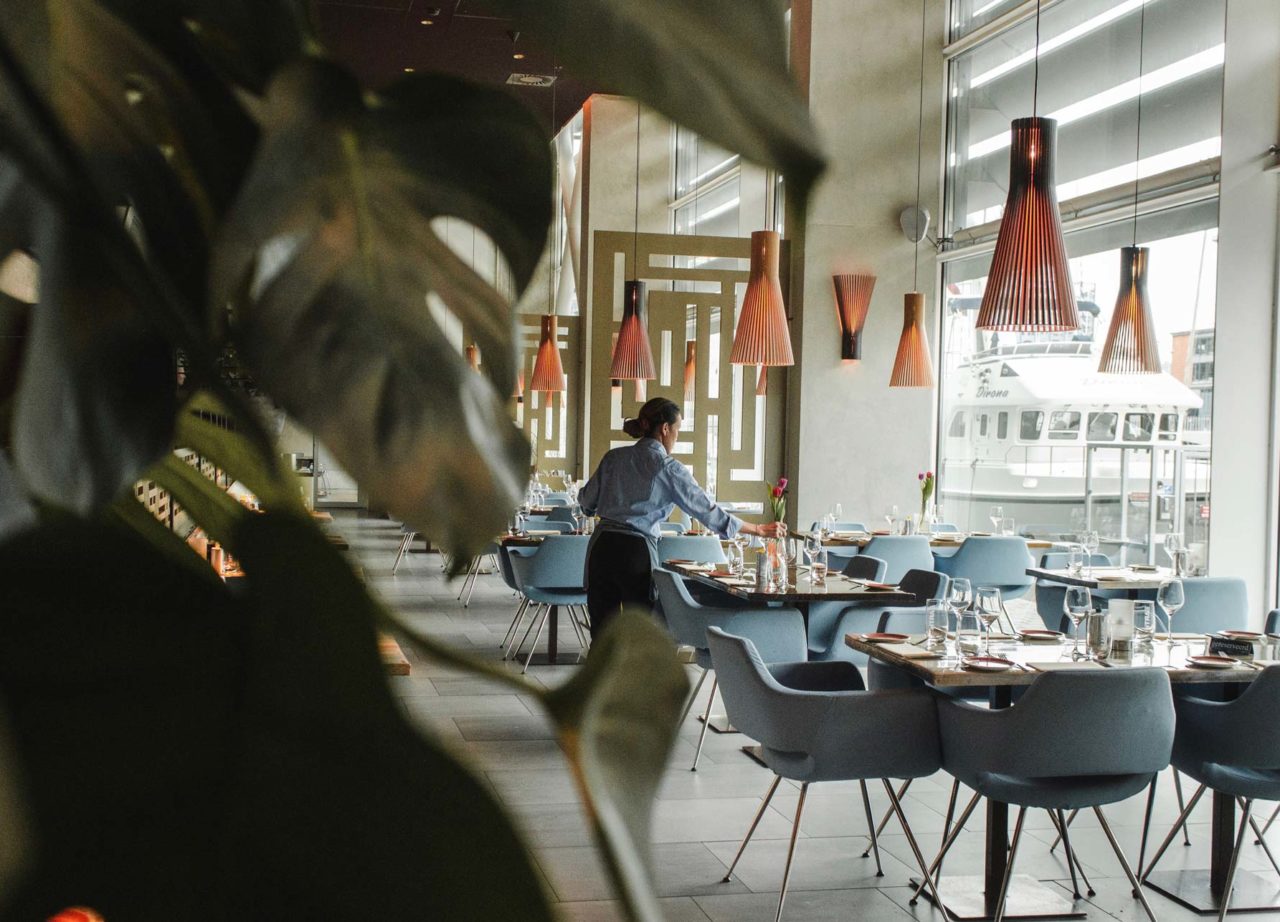 From a young age, Jeremy Korten has been fascinated with food. From weeknight meals with his parents to special occasion feasts with his grandparents, Jeremy often felt most comfortable in the kitchen. Now, with more than 20 years of professional experience, Chef Jeremy is thrilled to be bringing his cooking to Braven and Alchemy at the JW Marriott in Edmonton’s ICE District.

One of Canada’s most highly revered and respected chefs, Anthony Walsh is the Corporate Executive Chef of Oliver & Bonacini Hospitality. In this role, Chef Walsh oversees the culinary direction of all properties in the diverse O&B portfolio, including the restaurants, the event spaces and the catering arm.

We are open 7 days a week

Looking to enjoy Braven at home? Order takeout for pickup!

What to Expect When You Dine with Us

We ask that you please review our dining protocols before joining us to ensure a seamless experience for you and your party.

The Province of Alberta has implemented the Restrictions Exemption Program requiring proof of vaccination or negative rapid test result from the past 72 hours to enter Braven. Please note that, per provincial legislation, only QR codes are now accepted as proof of vaccination. If you do not have your code, you can download it here.

Lack of proof of vaccination or government ID will result in the denying of entry to our restaurant and lobby spaces. At this moment there are no exceptions.

After graduating from the culinary management program at Niagara College, Chef Jeremy moved out west to work and train at The Fairmont Chateau Whistler. He returned to Toronto in 1999 to work under renowned Chef Claudio Aprile at Senses in the Soho Metropolitan Hotel.

In 2002, Chef Jeremy joined Oliver & Bonacini as a cook at Canoe, one of Canada’s top restaurants, where he honed his skills under Executive Chef Anthony Walsh. Chef Jeremy’s passion for food and continuous improvement gained him a promotion to Sous Chef at Oliver & Bonacini Café Grill, Bayview Village. In 2007, his proven successes, and effective leadership led to his appointment to Chef de Cuisine at Oliver & Bonacini Café Grill, Blue Mountain, followed by Executive Chef in 2009. Throughout his tenure at O&B Blue Mountain, Chef Jeremy was admired for his commitment to working with seasonal ingredients and a close network of Georgian Triangle suppliers, while maintaining a high level of culinary excellence.

Outside of cooking, Chef Jeremy loves nothing more than spending quality time with his family, and embracing the chilly Edmonton weather.

Prior to his appointment to O&B’s Corporate Executive Chef, Chef Walsh served as Executive Chef for the iconic Canadian restaurant Canoe. There, his leadership, unrivaled culinary craftsmanship and visionary sense for haute Canadian cuisine played a vital role in the restaurant’s meteoric ascent on the country’s fine dining scene. Quickly recognized by media, foodies and the culinary world, the restaurant earned four stars in Toronto Life magazine, was named Best New Restaurant by The Globe and Mail and Where Toronto magazine, and ranked #3 in Gourmet magazine’s list of Top Tables.

Prior to joining O&B, Chef Walsh opened JAW, a boutique restaurant in Toronto’s Queen West neighbourhood, which received unanimous critical acclaim for its inspired fresh market cuisine and frequently changing menu. It was his work at JAW that caught the attention of local restaurateurs, Peter Oliver and Michael Bonacini, who then brought Chef Walsh onto the O&B team in 1996.

Over the course of his career, Chef Walsh has won critical acclaim by national and international media and has received numerous awards, including gold medals from Taste of Canada, Black Box, Salon Culinaire and the Ontario Hostelry Institute. He has been a featured guest chef at James Beard House, and has cooked for a number of notable dignitaries, including Canadian Prime Minister Justin Trudeau, Brian Mulroney, U.S. President George Bush, and Princess Diana. In 2016, he was named Chef of the Year by Foodservice & Hospitality Magazine as well as one of Toronto Life’s Most Influential People.

For Chef Walsh, defining Canadian food and elevating it to the world stage is not only a top priority, but a passion.